The Political Economy of Special Economic Zones is out! 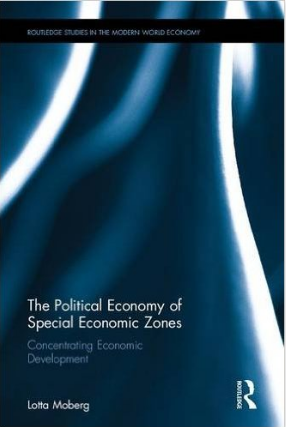 Order it from Amazon here. Or from Routledge here.

Description: Special Economic Zones (SEZs) have become a popular development policy throughout the world over the last half a century. These zones form designated areas where governments offer businesses lower taxes, tariffs, and often lighter regulations. Generally, SEZs aim to attract investments and raise a country’s export and employment rates, but although success stories are often cited, there are numerous failed projects that have instead become burdens for their host countries.

This book examines SEZs from a political economy perspective, both to dissect the incentives of governments, zone developers, and exporters, and to uncover both the hidden costs and untapped potential of zone policies. Costs include misallocated resources, the encouragement of rent-seeking, and distraction of policy-makers from more effective reforms. However, the zones also have several unappreciated benefits. They can change the politics of a country, by generating a transition from a system of rent-seeking to one of liberalized open markets. In revealing the hidden promise of SEZs, this book shows how the SEZ model of development can succeed in the future.

Applying frameworks from various schools of political economy, this volume places SEZs in the context of their mixed past and promising future. It is essential reading for anyone with an interest in international economics, development economics, and political economy, including practitioners and consultants of SEZ policies.